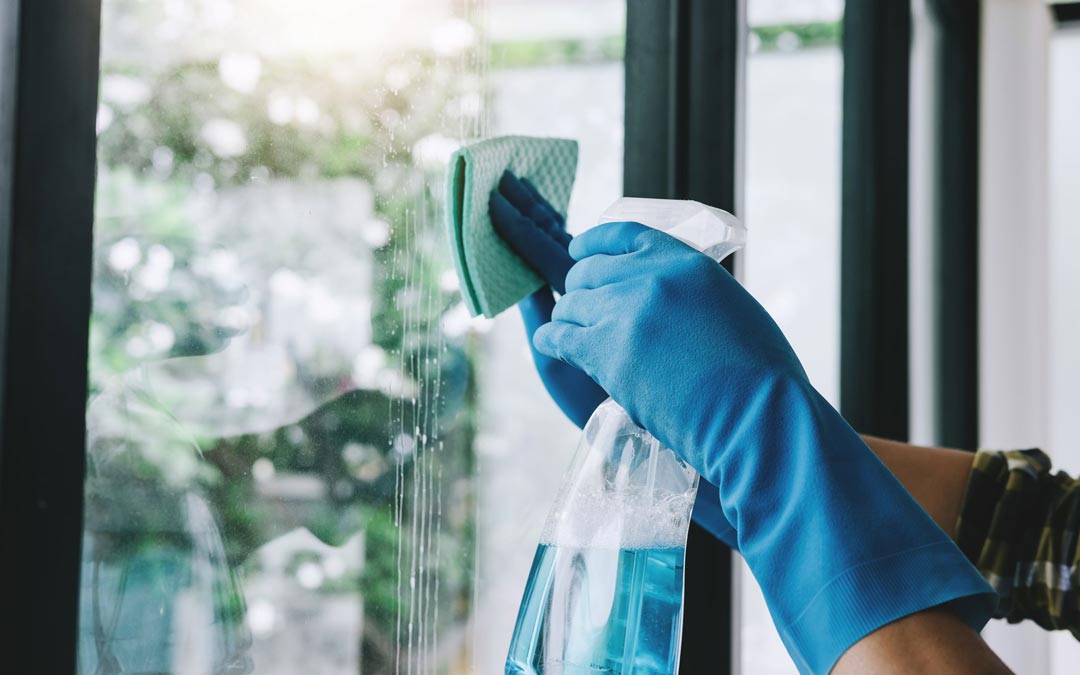 If you have hard water and don’t have a filter, chances are you’ll end up with hard water stains on your shower head … and pretty much all over your shower.

If you’re like me and let it build up, then you know how much of a pain it can be to clean.

I’ve tried pretty much everything and have been able to clean most of it with a touch of hard water stains remaining here and there but eventually found a solution that will wipe it ALL clean.

So, if you want to know exactly how to remove water spots from glass, this is it.

It will work wonders on the entire shower and anywhere else that has hard water stains.

If you’ve tried cleaning the shower head nozzles and the spray still comes out distorted, then you may have a clogged shower head.  This is the worst case scenario but still relatively simple to correct depending on the make and model of your shower head.

In this guide, I’m going to provide the best options to clean the shower head along with the entire shower.

Keep in mind that I’ve tried EVERYTHING and found that there are only two solutions that really work … Vinegar and Bar Keeper’s Friend. 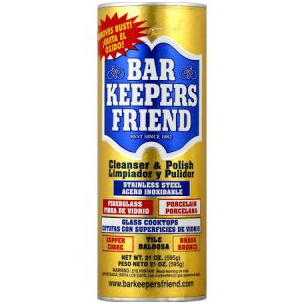 Vinegar works well but is not the be-all and end-all of cleaning solutions.  You can use it for shower heads, counters, bathtub, and fixtures but it will not clean 100% of the hard water stains.

If you want a stronger solution and one where I’ve had a 100% success on wiping out the hard water stains, then use Bar Keeper’s Friend (BKF).

BKF has oxalic acid, the key component that dissolves the calcium and other deposits and stains.

Using the solutions should be pretty self explanatory but I’ve provided the steps just in case:

It’s that simple with BKF (Bar Keeper’s Friend).  It works AMAZINGLY well, especially on your shower glass door … and you can use it on a whole bunch of other things including your pots and pans!

Pick it up at your local store including Target, Walmart, etc…

Oh, one final note … make sure you research or test the surface where you intend on using BKF.  I found out that anodized aluminum finishes gets ruined with BKF.